We would like to offer our sincere support to anyone coping with grief. Enter your email below for our complimentary daily grief messages. Messages run for up to one year and you can stop at any time. Your email will not be used for any other purpose.

Share a memory
Obituary & Services
Tribute Wall
Read more about the life story of Ralph and share your memory.

Mr. Ralph Edward Dotson, Jr., (Junior) born February 5, 1955 to the late Ralph, Sr. and Phyllis Dotson, departed this earthly life on Monday, January 9, 2023 at the Dunbar Health Center. Ralph or "Junior" as he was affectionately known was born and raised in Dayton, Ohio where he attended the Dayton Public Schools and graduate from Dunbar High School class of 1973 where he was an avid tennis player. He went on to attend the Ohio State University graduating in 1977. Junior was married to Patricia Butler and to this union one son was born. Junior loved his family, friends, laughter, watching sporting events, fast cars, horse races, barbeques, and doing his civic duty, working the poles during election time. Ralph was proceeded in death by his parents, Ralph, Sr. and Phyllis Dotson; brother, Tony M. Dotson; maternal and paternal grandparents; and several aunts and uncles. Ralph leaves to cherish his precious memories one son, Julian (Chipper) Dotson; one grandson, Jordy Dotson; one brother, Stephne K. Dotson, Sr; two sisters, Linda and Lauren Dotson, all of Dayton, Ohio; one niece Maria Dotson; nephews, Steven K. Dotson, Jr. and Martez Butler; as well as three great nieces; two great nephews; two great-great nieces and two great-great nephews;  and a very special faithful friend, Cynthia.

To send flowers to the family or plant a tree in memory of Ralph Edward Dotson, Jr., please visit our floral store. 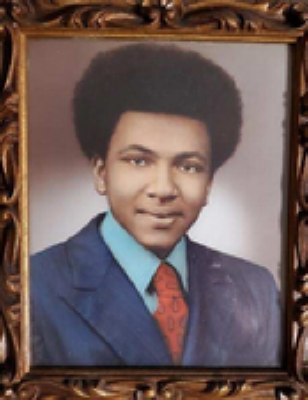 In Loving Memory Of

Look inside to read what others
have shared
Family and friends are coming together online to create a special keepsake. Every memory left on the online obituary will be automatically included in the book.

In Loving Memory Of

Look inside to read what others have shared

Family and friends are coming together online to create a special keepsake. Every memory left on the online obituary will be automatically included in the book.

You can still show your support by sending flowers directly to the family, or by planting a memorial tree in the memory of Ralph Edward Dotson, Jr.
SHARE OBITUARY
© 2023 Pryor Crematory & Funeral Home. All Rights Reserved. Funeral Home website by CFS & TA | Terms of Use | Privacy Policy | Accessibility